To the surprise of probably any Jazz fan, whether they’re a guitarist or not, Wes would most likely be on the top 3 of any ranking. I can completely agree with most that would like to say Wes is one of, if not the greatest, Jazz players ever for any instrument. For me personally, for all of the Wes records I have listened to and all of the Wes songs I have tried to learn, his playing does not click for me like other guitarists. His chord melodies are undoubtedly the greatest, no argument there, but my playing revolves around a different style. Maybe Wes is just too difficult for me.

Sort of the odd one out of the entire list as Ted Greene would probably not fall under most people’s “favorite” guitarists, but rather under most “respected” and “influential” lists. I have similar reasoning for putting Greene on my list as he was largely more influential in expanding my chord vocabulary rather than his playing alone, which is extremely beautiful and unique. 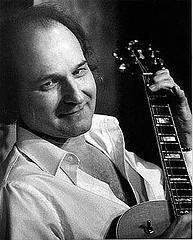 Probably the most virtuosic player on this entire list, Pass’s playing truly speaks for itself, especially his solo playing on his record “virtuoso” in which Pass covers multiple standards in his own unique solo guitar technique. No list would be complete would be complete without Pass, he has built a legacy for being the pinnacle of Jazz Guitar ability and is always the first to be mentioned in a conversation about jazz instrumentalists, especially guitar.

A traditional bebop player nicknamed “Octopus” for his massive hands that allowed him to play such stretched out phrases and arpeggios. In terms of bebop playing, Farlow is always regarded as the pioneer of soft and hard bop playing, with his single note phrasing being the mark for the next generation of aspiring bebop players. 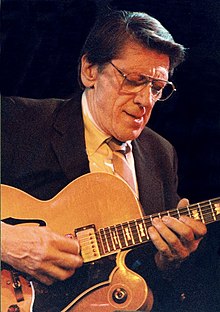 My favorite guitarists in all respects and sort of an unfair player to put on this list as his playing is far less traditional than Farlow or Montgomery. Although Carlton has recorded multiple traditional Jazz records, they are far less known than his later work that blended elements of Jazz with Blues and Rock seamlessly. The work that Carlton produced early in his career are considered as some of the greatest Jazz Fusion records of all time, for any instrument. Carlton broke down every genre barrier and explored them all through his multiple albums and has been my biggest influence in pushing my playing.

Guitar solos are some of the most harmonically complex pieces of music ever played, difficult to play, to dictate, or to create. The benefits of learning from some of the guitar greats provide massive benefits to one’s lead playing. This list will include the three most important solos that pushed me to improve my ability and are the pinnacle of lead playing in my opinion.

From my personal favorite guitarist, L.A session legend Larry Carlton came screaming into the mainstream on this Steely Dan’s “Royal Scam” record. Kid Charlemagne was my first introduction into jazz-blues fusion and has remained my favorite of Carlton’s endless catalog of top quality playing.

2. In the Dead of Night – Allan Holdsworth

As one of the many things I have received from my Father’s ancient collection of gear, A Princeton 112 Plus Combo Amp was one of the things I was lucky enough to be gifted with.

The Princeton 112 Plus is a 35-Watt Combo Amp with a 1×12” Speaker that features a 2 Channel switch for Clean and Drive, both of course with 3 Way EQ and Reverb.

From what I know, these models were produced around the Mid 90’s (1993-1997) as a Solid State amp meant primarily for high volume practice and gigging. It features four jacks for a Footswitch (to switch between OD and Clean channels), A preamp in (for running an FX Loop and recording), a Power Amp In (FX Loop or running amp as a slave), and a headphone jack for stereo headphones. The amp comes in at a giggable 28 Pounds, making it lighter than most of the Princeton Blackface line amplifiers.

In terms of sound quality, the Princeton had exceptional headroom for a pedals, as most fender amps do, and a smooth breakup at a high volume when the amp is pushed. I have not yet dimed the amp on either channel, but other reviews have remarked that the high end of the clean channel stay remarkably tight with a consistent bottom end, but that the OD channel begins to hiss and remain to fuzzy. With my personal experience I would not recommend getting this amp for the versatility of having a drive channel built in. Rather, I would recommend running a stacked overdrive through the clean channel to eliminate the natural boxiness and fizzy crunch of the OD channel.

In all, I would recommend for anyone looking for a decent, and affordable, Solid-State Amplifier to purchase a Princeton 112 Plus. I give the amp a 4/5 for its weight, simple design, and clean headroom.

After around roughly a year or two of practice through this 10-Watt modeling amp equipped with two 3×5 inch speakers, I can say that this has become easily one of my favorite amps I’ve ever had the privilege of playing.

Although it is a very tiny amp, the THR10 has easily enough true head room to be taken seriously in a lower volume jam session. What the THR cannot make up for in terms of volume, it matches with insane versatility and ease of use. The THR can be powered through an 8 pack of AA batteries, or a 10 volt direct cable. One factor that could be important to a beginning musician is that the amp can act as an audio interface, meaning that the THE could be used in place of having to mic up an amp that would run through a traditional audio interface, and would also eliminate the frustration of trying to fool around in a DAW with amp simulators.

I really cannot say enough about this tremendous Yamaha creation, they have really hit the mark with bedroom players like myself who lack the ability to crank a 100-Watt Marshall stack to achieve a great tone. This is the most

fun amp I have ever played and hope to be able to try their different models soon.

STP’s 1994 sophomore record came at the height of their career three years after the release of “Core”, their debut album. “Purple” has since been their most commercially impressive album, selling nearly 6 million units over since it’s release with two singles (“Interstate Love Song” & “Vasoline”) staying number one on the billboard 200 for three consecutive weeks. Purple has long been STP’s definitive album at the very peak of their career.

Produced by Brendan O’Brian and engineered by Nick DiDia, who both recorded STP’s debut album with massive success. Brendan has received accolades from the band for being so critical to the creative process of such a sonically sound and consistent album. Robert and Dean Deleo are credited with the large majority of songwriting, with Weiland and Kretz credited with “Vasoline”.

Critique of “Purple” has been universally positive, with little to criticize in terms of audio quality or mixing. The only true “critique”, which ends up being more a backhanded compliment, is that I wish the album was longer, although a 46 minute album is more than enough for most to enjoy.

I was familiar with STP’s classic “Interstate Love Song” and “Vasoline” as singles on the radio as most are, but I decided to truly give the album a proper listen after really enjoying their debut fully. Purple was not only as good, but much more meticulously crafted than “Core”, the tones of the album stayed consistent throughout the entire experience. The band’s delivery never felt anything less than genuine, but did not lack professionalism and clean playing.

It is difficult to remain unbiased as an STP fan, but I believe a solid 4/5 is fair as most fans would agree that this is the pinnacle of the band’s musical achievements. With really no drawbacks for me I would consider this a perfect album and must listen if you are fan of any 90’s alt rock, grunge, modern rock, country, etc. . .

As a lovely Christmas present, I received this 2018 Ebony Les Paul Standard and immediately fell in love with it.

As someone who has never owned a Les Paul before, I did my research as to know which Les Paul would fit my specifications. The most important of which was neck size and shape. My LP came with a 60’s style slim taper D shape, which was ideal for my small hands.

Sadly, the big trade off between a Gibson and Epiphone is that you do not receive the set neck design of the higher end guitars, the glued neck design does result in a lack of stiffness and tuning stability. Tuning stability is notoriously bad with LP style Head stocks, but is extremely present with the Epiphone. I spend a considerable amount of time tuning my G and B strings only have them knocked down a whole step when I strum too hard.

The quality of the guitar, especially for the money, is not to be under appreciated. The PAF Alnico Classic Hum buckers absolutely scream through high gain while the neck pickup has an extremely smooth, round tone that’s great for clean rhythm or Jazz.

With a proper set up, this line of LP’s is probably the best for the money. Extremely versatile and modern, but paying homage to the traditional Les Paul legacy.

As any frequently practicing musician can attest to, the world of music and the theory of it can quickly become overwhelming.Robert Deleo, bassist of Stone Temple Pilots, and Larry Carlton, solo jazz guitarist, both refrain from attempting to look past their skill cap by simplifying their playing to the levels they feel can allow for the most natural and clearest expression of their musical ideas. 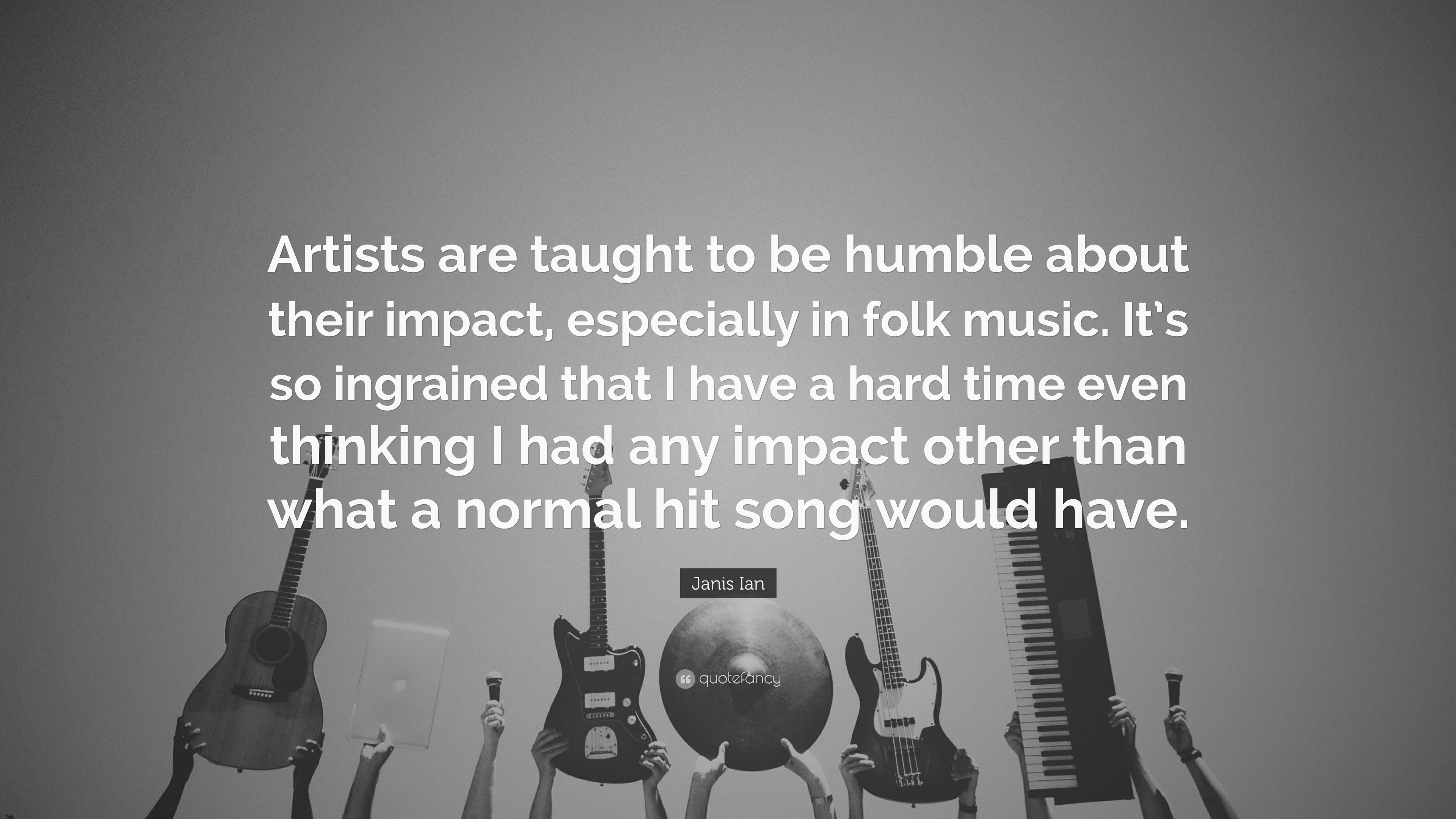 I specifically remember an interview of Robert during one of his bass clinics in L.A. Robert puts a big emphasis on being humble as a musician, to really be an intimate listener and learner to truly wrap your head around being able to clearly express what you hear from within your own head.

Robert’s whole demeanor and, for lack of a better word, “coolness” really makes his messages about humbleness that much more impactful. He spends much more time relating his influences to your own, leaning more towards actively participating in

The line that really stuck to me was when Robert says, “Be humble in the face of music” which seems to more of a motto that he has lived by. He always follows with the idea that songs must be fulfilling, songs have to be written by a natural process, not by the attempt of a direct copy of your influences.

Out of the thousands of questions I could really ask Robert about music, the most valuable would have to be something related to how you could maintain such persistent humbleness, even with the success of Stone Temple Pilots. As a teenager I can’t help but question the level of humbleness I could even have at such a young age, would it be worth it to give myself a little confidence every once in awhile as to avoid not overdoing a false sense of humbleness.